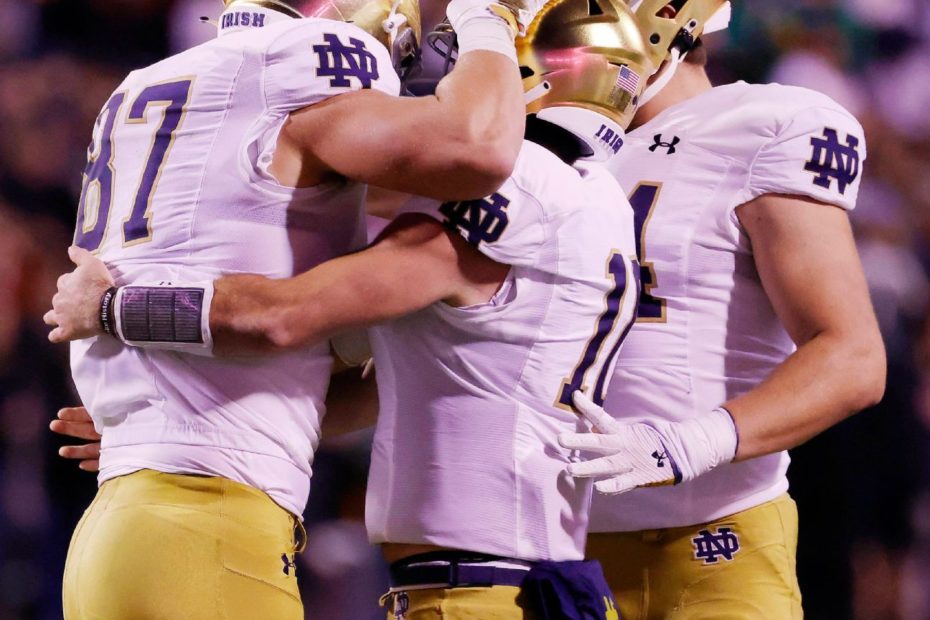 With just two weeks left in the regular season, there was very little change, at least at the top, in the third edition of the College Football Playoff selection committee’s rankings, which were released on Tuesday.

The top seven teams — Georgia, Alabama, Oregon, Ohio State, Cincinnati, Michigan and Michigan State — all won this past weekend, so their rankings remain unchanged from a week ago.

The top-ranked Bulldogs improved to 10-0 with a 41-17 victory at Tennessee, which gave them a perfect 8-0 record in the SEC for the first time in school history. They remain on a collision course to play the No. 2 Crimson Tide in the Dec. 4 SEC championship game in Atlanta. Alabama was a 59-3 winner over New Mexico State at home on Saturday.

The No. 3 Ducks remained one spot ahead of the Buckeyes, as the committee apparently still gives a lot of weight to Oregon’s 35-28 victory at Ohio State on Sept. 11.

“Head to head is certainly one of the criteria that we use and one of the things we evaluated,” said Iowa athletic director Gary Barta, the committee chairman. “In Oregon’s case, Oregon has been playing terrific football as of late; they won the other day against Washington State. Ohio State is playing some of the best offense in the country; they had a convincing win against Purdue. But when it comes down to those two, the fact that Oregon went to Ohio State and beat them in the Horseshoe, when the vote came down this week, that’s the way the vote came out.”

However, Michigan remains one spot ahead of rival Michigan State, even though the Spartans defeated the Wolverines 37-33 at home on Oct. 30.

“With Michigan and Michigan State, the committee when we met a week ago, the committee talked about Michigan being a more complete team,” Barta said. “Since then, another game has been played. Michigan State looked good against Maryland; Michigan came from behind and won on the road at Penn State. Every week, 13 people recast their votes. And so when the votes were cast this week, that’s the way it came out: Michigan ahead of Michigan State and Oregon ahead of Ohio State.”

Undefeated Cincinnati, which is attempting to become the first team from a Group of 5 conference to make the playoff, remained at No. 5 after a 45-28 win at South Florida on Friday night. The Bearcats might face one of their more difficult challenges of the season against SMU at home on Saturday (3:30 p.m. ET, ESPN and ESPN App).

Cincinnati did get some help in that Houston became the second AAC team to be included in the selection committee’s rankings at No. 24. Mississippi State also returned at No. 25.

According to research by ESPN Stats & Information, no team outside the top 10 at this point in the season has gone on to reach the playoff; the lowest rank with 19 days left to reach the playoff is ninth (Michigan State in 2015, Oklahoma in 2019). In fact, 21 of the 28 teams in the top four of the committee’s rankings released 19 days before selection day went on to reach the CFP. That includes all but one eventual national champion (Ohio State was sixth in 2014).

Auburn and Purdue fell out of the rankings after losing on Saturday.