NFLPA to petition NFL to release all WFT emails 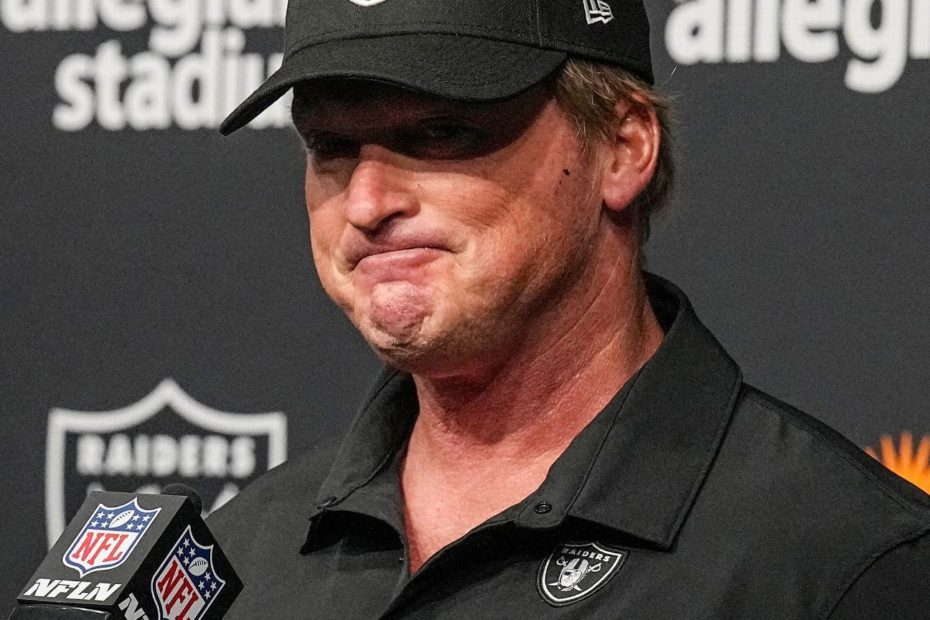 The NFL Players Association said Tuesday that it plans to request that the NFL release the remainder of the 650,000 emails reviewed as part of the investigation into workplace misconduct with the Washington Football Team.

“We have had communications with the league, and the NFLPA plans to request that the NFL release the rest of the emails,” NFLPA executive director DeMaurice Smith told USA Today Sports in a phone interview.

NFLPA spokesperson George Atallah confirmed to ESPN’s Dan Graziano that the union planned to request the emails. An NFL spokesperson told USA Today that it had no plans to release those emails for confidentiality reasons.

“It is truly outrageous that after the NFL’s 10-month long investigation involving hundreds of witnesses and 650,000 documents related to the longtime culture of harassment and abuse at the Washington Football Team, the only person to be held accountable and lose their job is the coach of the Las Vegas Raiders,” lawyers Lisa Banks and Debra Katz said in a statement. “If the NFL felt it appropriate to release these offensive emails from Jon Gruden, which it obtained during its investigation into the Washington Football Team, it must also release the findings related to the actual target of that investigation. Our clients and the public at large deserve transparency and accountability. If not, the NFL and [commissioner] Roger Goodell must explain why they appear intent on protecting the Washington Football Team and owner Dan Snyder at all costs.”

One of Gruden’s emails included a racist comment about Smith. On Monday, before Gruden resigned, Smith tweeted that the email and some of the reaction to it “confirms that the fight against racism, racist tropes and intolerance is not over. This is not about an email as much as it is about a pervasive belief by some that people who look like me can be treated as less.”

The NFL completed its investigation into Washington’s workplace culture in July, fining the franchise $10 million. In addition, Tanya Snyder, who was named the team’s co-CEO in June, took over the day-to-day duties of the franchise from her husband, Dan. All senior executives, including the Snyders, were ordered to take part in workplace conduct training.

An NFL spokesperson told ESPN’s John Keim that the league won’t reopen the investigation into the Washington Football Team based on these recently leaked emails. They considered the Gruden emails beyond the scope of the investigation. The spokesperson said the NFL did not release the emails pertaining to Gruden.

Also, while the league did flag the Gruden emails at the time, based on the material they reviewed, the league did not consider anything else that needed to be reported to the club or league leadership, the spokesperson said.

Gruden’s resignation came shortly after The New York Times reported that he used misogynistic and anti-gay language in numerous emails to Bruce Allen, then the president of the Washington Football Team, and others during a seven-year period that ended in 2018. That report came days after 10-year-old emails from Gruden surfaced that included the racist comment about Smith as well as a vulgar criticism of Goodell.

Gruden was employed by ESPN as the lead analyst for Monday Night Football at the time he sent the emails.

“Jon has already apologized. He never meant to hurt anyone, obviously,” Gruden’s brother and former Washington Football Team coach Jay Gruden told The Team980’s “Russell & Medhurst” show on Tuesday. “He’s done a lot of great things for the National Football League and ESPN alike and I like to let him handle his business. But I’m always here for his support like he’s always there when I needed it in a time of crisis. He’ll bounce back in a big way; he always has and always will.”

Jay Gruden also told the show that the NFL has done great things for both of their families.

“We understand when you take the job that things aren’t private when you think they’re private,” he said. “He loves the NFL, he’s very passionate about the NFL. He’s done so many great things for so many different kinds of people in the National Football League — coaches, players, front office people he’s helped along the way; high school players; high school coaches; college coaches. He’s been an incredible influence. For this to bring him down is unfortunate. It’s brutal.”

Green Bay Packers quarterback Aaron Rodgers was among NFL players and coaches to react to Jon Gruden’s emails on Tuesday. In his weekly appearance on the “Pat McAfee Show,” Rodgers said he doesn’t “feel like those are opinions that are shared by players.

“I feel like in the locker room it’s a close-knit group of guys and we don’t treat people differently based on the way that they talk, where they’re from, what they’re into, what they look like. And I’m proud of that.”

Rodgers also said “hopefully we can all as a league learn and grow from this and hopefully it puts people on notice who have some of those same opinions. Like, ‘Hey man, it’s time to grow and evolve and change and connect and that s— doesn’t fly.'”

Pittsburgh Steelers coach Mike Tomlin, who is Black, was on Jon Gruden’s staff with the Tampa Bay Buccaneers for four seasons, including the Super Bowl XXXVII-winning team. He said Tuesday that he was “saddened” by the situation.

On Tuesday, the Buccaneers announced that Jon Gruden would be removed from the team’s Ring of Honor.

“The Tampa Bay Buccaneers have advocated for purposeful change in the areas of race relations, gender equality, diversity and inclusion for many years. While we acknowledge Jon Gruden’s contributions on the field, his actions go against our core values as an organization. Therefore, he will no longer continue to be a member of the Buccaneers Ring of Honor,” the team said in a statement.

The Buccaneers had honored Gruden in a special Ring of Honor ceremony in Dec. 2017 during a Monday Night Football broadcast. The team will remove Jon Gruden’s name from the inner facade of Raymond James Stadium, a source told ESPN’s Jenna Laine. A life-sized statute of Gruden also stands inside the organization’s main entrance lobby. That section of the stadium remains closed due to COVID-19 precautions so no immediate decision needs to be made on the statue’s future, the source told Laine.