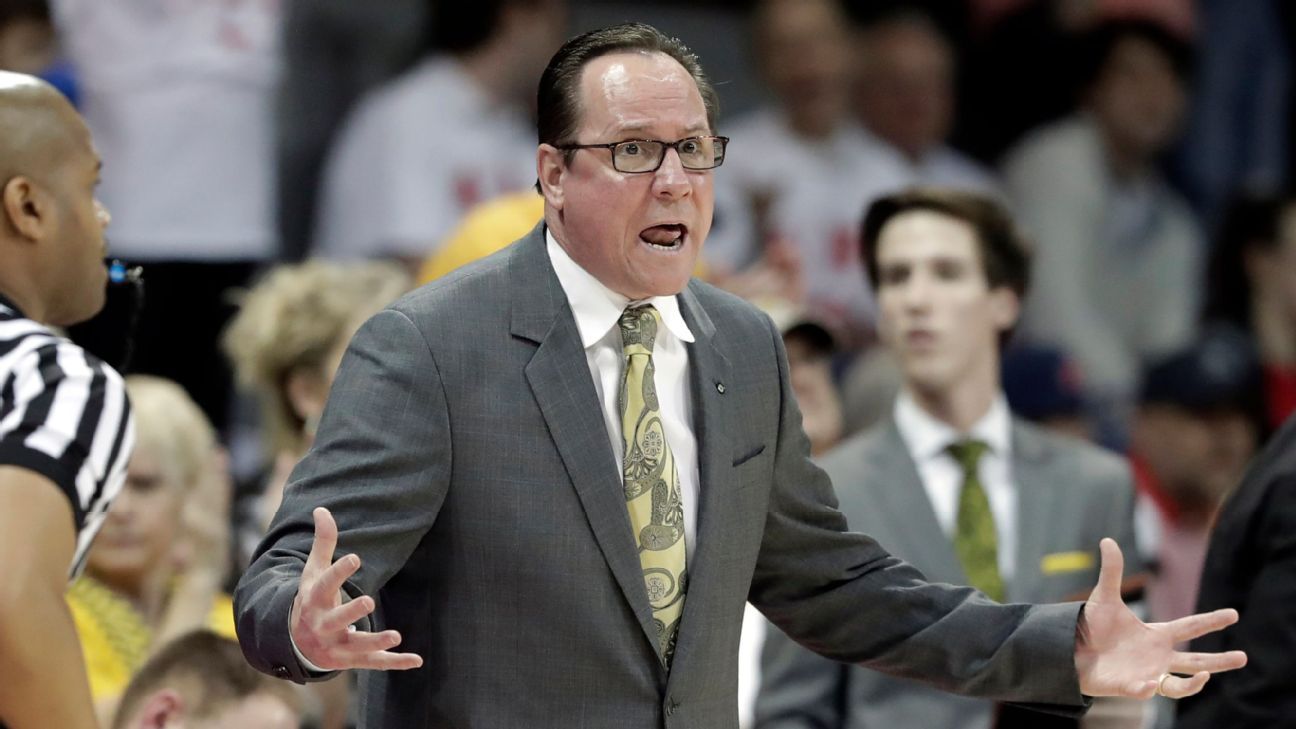 The school and Marshall agreed to a contract settlement of $7.75 million to be paid over the next six years.

“This was a difficult decision, but one I feel was necessary for my family, the university and, most importantly, the student-athletes,” Marshall said. “I remain grateful for my years spent at Wichita State. I wish to thank the coaches, student-athletes, the university, the community, and all of Shocker Nation for their unending dedication, support and loyalty. I am incredibly proud of this men’s basketball program and all it has achieved over the past 14 years and am confident of its continued success.”

Just before announcing his resignation, Marshall met with the team and staff and told them to move forward under Brown and “shock the world,” a source within the program told ESPN’s Myron Medcalf. While the allegations against Marshall were severe, “no one took [the announcement] easy” because multiple players on the current team had rallied behind Marshall amid the turmoil, the source said.

“Our student-athletes are our primary concern,” athletic director Darron Boatright said. “While the university acknowledges the success of the basketball program under Coach Marshall, this decision is in the best interest of the university, its student athletes and the WSU community. WSU will continue its pursuit of excellence with the help of its student-athletes, staff and loyal supporters of the basketball program.”

At the time, Marshall said he had “cooperated fully” with the investigation.

The Athletic initially reported multiple allegations against Marshall from the 2015-16 season, including Marshall pushing and later punching former player Shaquille Morris; Marshall putting one of his hands around a staff member’s neck; and Marshall following and trying to punch a student-athlete in another sport who parked in his parking spot.

Morris told Stadium that Marshall punched him during a practice. Following a foul, Morris said he went to help teammate Zach Brown up and was then struck with a punch by Marshall. The incident, according to Morris, came the same day he told Marshall that his mother had cancer.

Stadium also reported that the staff member whom Marshall attempted to choke was former assistant coach Kyle Lindsted, who is now at Minnesota. Lindsted declined to comment when reached by Medcalf following Stadium’s report.

Other allegations reported by Stadium, which talked to more than 30 current and former members of the program, included Marshall body-shaming a player who is now dealing with anxiety and depression; Marshall making “Indian howling noises” and telling Isaiah Poor Bear-Chandler, who is of Native American descent, “to get back on his horse”; Marshall telling Colombian center Jaime Echenique he would be “a great coffee bean picker”; and Marshall telling Erik Stevenson that he was “afraid of brothers, guys raised by their grandparents eating PB&Js.”

Marshall also guided the Shockers through their transition from the Missouri Valley Conference to the American Athletic Conference in 2017. Since joining the AAC, Wichita State went to the NCAA tournament in 2018 and was squarely in the mix for another bid last season before it was canceled due to coronavirus.

Before arriving at Wichita State, Marshall was the head coach at Winthrop for nine seasons. The South Carolina native led the Eagles to seven NCAA tournaments, including an upset win over Notre Dame in the 2007 NCAA tournament.

Marshall, 57, was previously an assistant coach at Marshall, Charleston, Belmont Abbey and Randolph-Macon, where he played from 1981-85.