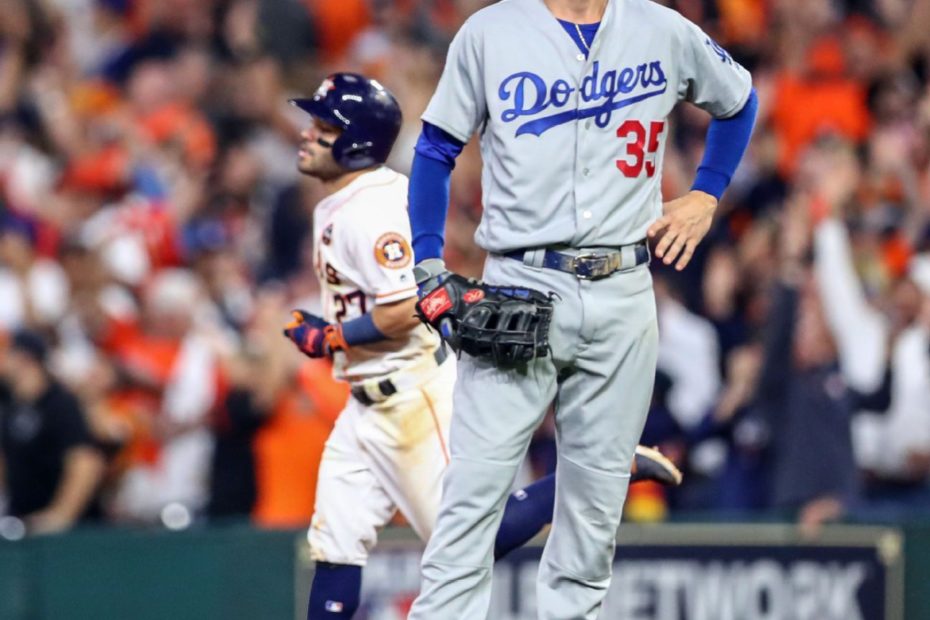 Joe Kelly sent a 96 mph fastball whizzing behind the head of Alex Bregman in the sixth inning Tuesday night. A baseball-starved populace anticipating fireworks between the Los Angeles Dodgers and the Houston Astros held its collective breath.

Kelly, the hard-throwing Dodgers reliever prone to occasional wildness, let out a demonstrative yawn. Moments later, after a few more brush-back pitches, Kelly mocked Carlos Correa with a pouty face as he walked off the mound after striking him out and shared some choice words, prompting both benches to clear and offering a brief snapshot of the tension that still lingers between these teams.

Kelly wasn’t on the 2017 Dodgers, who lost in the World Series to an Astros team that was later penalized for stealing signs. But he was on a Red Sox team that lost to the Astros in the first round of that year’s postseason and then beat them in the American League Championship Series the following year.

Kelly denied any intent with his pitches after the Dodgers’ 5-2 victory, saying: “My accuracy isn’t the best.”

“Balls get away sometimes, but not that many in the big leagues,” Baker said. “When you throw a 3-0 fastball over a guy’s head, now you’re flirting with ending his career.”

Kelly was noticeably erratic in the bottom of the sixth. He fell behind in the count 3-0 to Bregman before the fastball sailed on him. Bregman took his base without saying a word.

Two batters later, after the broadcast caught someone yelling at Kelly to “just get on the mound, little f—er,” Kelly threw four consecutive pitches high against Astros first baseman Yuli Gurriel, one of them a curveball that nearly hit him.

The first two pitches to Correa, also curveballs, brushed him back. But then Kelly threw four more and ultimately struck out Correa on a breaking ball that tailed low and away, leaving two runners stranded and maintaining the Dodgers’ three-run lead.

The two soon began jawing at each other, prompting both benches to clear with no punches thrown. A warning was issued to both sides, and Baker got into a close, heated conversation with crew chief Chris Guccione, though both were wearing facemasks.

“What are you supposed to do then?” Baker said. “And what upset me was the umpires warned us. Why don’t you warn him? He’s the one throwing the ball. He’s the one that started this mess in the first place. I didn’t like it at all.”

Kelly called his actions toward Correa an “in-the-moment-type thing” and said he didn’t remember what he said. On his facial contortions, which became a popular GIF on social media, he said, “I guess my expression was what I interpreted in my head.”

Tuesday’s game marked the first time the Dodgers and Astros have met since the Astros were revealed to have illegally stolen signs and communicated them to their hitters by banging a trash can in 2017. They went on to the win that season’s World Series in seven games over the Dodgers.

The Dodgers expressed a lot of public anger toward the Astros during spring training. They tried to downplay the matchup once baseball resumed, but hours before first pitch, Dodgers manager Dave Roberts sensed a “quiet focus, determination in the clubhouse.”

With the stands empty this year, MLB fans will miss an important — and historically significant — opportunity. Sam Miller »

“It was different,” Roberts said. “It’s probably the opponent, and we really wanted to play well and win a game tonight.”

Walker Buehler gave up two runs in 3⅔ innings, but the Dodgers struck for five runs with a collection of walks and singles against Framber Valdez, Enoli Paredes and Andre Scrubb in the fifth. The three pitchers who followed Valdez were all rookies. Baker said that was at least part of the reason why the Astros didn’t retaliate.

Asked if there was anything that came from the Astros’ dugout that might have provoked Kelly, Baker said: “Don’t give him an excuse. No, I’m not giving him any excuse because we didn’t say anything. We don’t start nothing, but we don’t take nothing, either, you know what I’m saying?”

Kelly has been notoriously erratic throughout his career, pairing a rate of 9.4 strikeouts per nine innings with 4.2 walks per nine innings rate as a full-time reliever these past three years. A telling moment occurred during the shutdown, when he tried throwing a baseball into a net in his backyard and instead broke a window. Kelly referenced that moment postgame. He said the inside fastball to Bregman simply “wasn’t my best pitch.”

“I wasn’t feeling the greatest, wasn’t the most comfortable,” Kelly said. “It took me a while to hone in my mechanics.”

Correa, who drove in the Astros’ only two runs and had three of their four hits, publicly chided Cody Bellinger during spring training, saying Bellinger was speaking recklessly for claiming the Astros “cheated for three years” and that Jose Altuve “stole” an MVP from Aaron Judge.

Correa was not made available after the game. Bregman spoke but was noticeably terse.

“I don’t know,” Bregman said when asked if he was disturbed by the pitch that sailed behind his head. “I’m good.”