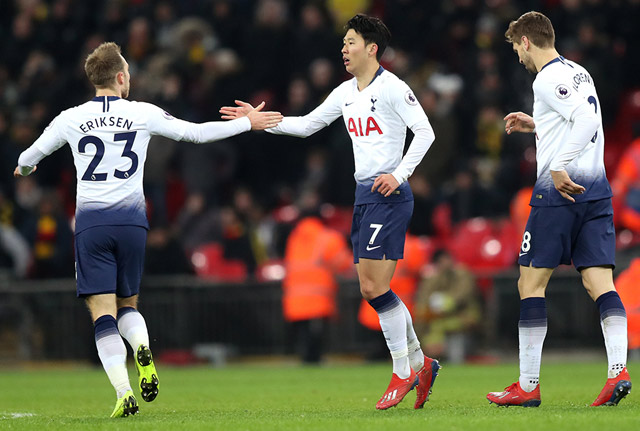 The Champions League is back! Some cracking second legs of the quarter-finals to come on Tuesday as Tottenham travel to Borussia Dortmund with a 3-0 lead in their back pocket, while Real Madrid are 2-1 up on Ajax ahead of their meeting at the Bernabeu. We’ve got tips for both games and plenty more…

Spurs are in a dominant position in Germany but there is the promise of goals as Dortmund’s 19 home matches have produced 83 goals in total (more than four goals a game on average!). That bodes well for Spurs to get an away goal and Heung-Min Son is the man to strike as he has scored nine goals in eleven appearances against Dortmund during his career, scoring in each of his last four matches against them in the process.

In Spain, Real were fortunate to beat Ajax in the first leg and this second match could come to life in the second half again. The second half to be highest scoring has paid out in five of Ajax’s seven Champions League games this term and it is the best bet for us again.

Blackpool have only lost one of their last five away games and look good value to get something out of their trip to Accrington in League One, while Real Madrid should find a way to overcome Ajax in the Champions League. Finally, Ligue 1 is notorious for its low-scoring games and tonight’s Bordeaux v Montpellier looks a banker for under 2.5 goals.

The countdown to the 2019 Cheltenham Festival continues apace and the betting offers from the leading UK and Irish bookmakers are flying through now. You can see the best of the offers and odds are our dedicated site.

You can keep up to date with all of the action via our Road to Cheltenham mini site.

Nap of the day

Present Value represents value for us and is our nap of the day in the 3.15 at Exeter today. An impressive runner-up on debut at Ffos Las in November, the 4-year-old hacked up at Chepstow last time out and can justify favouritism here.

The best advised winning bets in the last five days on the Betting Directory:

We’ve listed the best offers for today’s sport below as well as new customer offers from the best bookmakers.