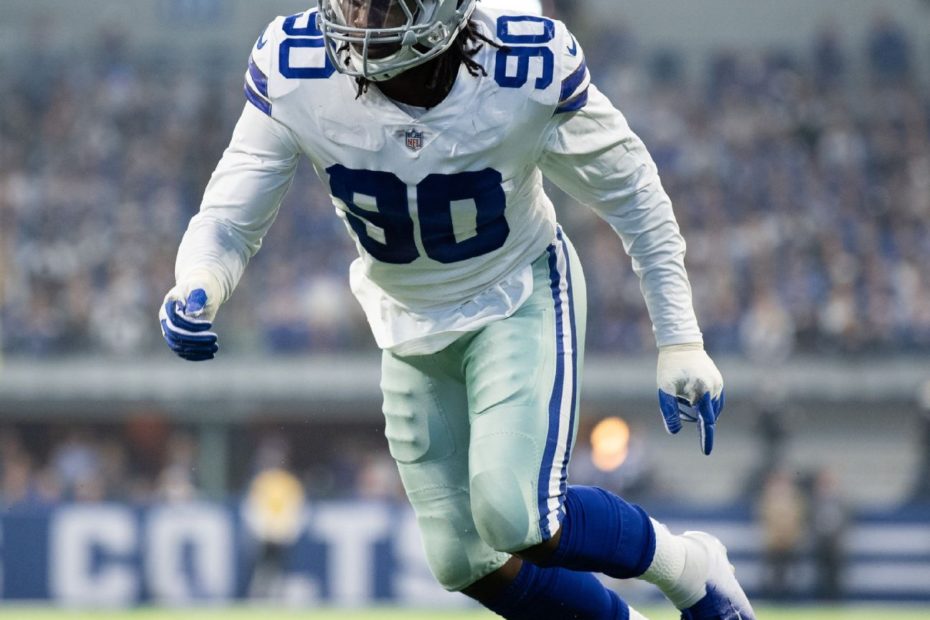 FRISCO, Texas — Unable to reach an agreement on a long-term deal before the deadline, the Dallas Cowboys on Monday used the franchise-tag designation on Pro Bowl defensive end DeMarcus Lawrence for the second consecutive year, a source confirmed.

Unlike last year, the Cowboys hope to work out an extension with Lawrence before the July 15 deadline to play the season on the tag.

By tagging Lawrence, the Cowboys will pay him at least $20.5 million in 2019 if they cannot reach a deal on a contract. Lawrence made $17.1 million last season.

A year ago, Lawrence accepted the tag without any issues as the Cowboys hoped he could repeat his Pro Bowl-level of play from 2017, when he had 14.5 sacks.

He is not expected to be as gracious about it in 2019. Lawrence is not expected to show up for the offseason program, organized team activities, minicamp or even training camp without a long-term deal. It is possible he could miss regular-season action as well, like Pittsburgh Steelers running back Le’Veon Bell did last year. Bell skipped the entire season.

Lawrence finished the 2018 season with 10.5 sacks and 39 quarterback pressures. The coaches credited him with 47 tackles and 12 tackles for loss. He also had an interception, a fumble recovery and forced two fumbles, while playing through a shoulder injury.

He became the first Cowboys player to post back-to-back seasons with double-digit sacks since DeMarcus Ware in 2011-12.

Lawrence had five of his sacks in the first four games of 2018, and he closed the season with a sack in each of the final two games. Defensive coordinator Rod Marinelli considers Lawrence one of the best defensive linemen in the game — not just because of his pass-rushing ability, but also his willingness to play the run.

The Cowboys traded up in the second round of the 2014 draft to take Lawrence with the 34th overall pick. His rookie year was hampered by a foot injury suffered in training camp, but he had two sacks in the two playoff games. In 2015, he led the Cowboys with eight sacks.

After that season, he had his first of two back surgeries and had just one sack in 2016 after missing the first four games of the season because of a suspension. The Cowboys sat him for the final three games of the regular season in order to get him healthier for the playoffs.

The second surgery, after the 2016 season, corrected the disk issue and he has not missed a game since. At the Pro Bowl, Lawrence said he would need shoulder surgery, but a source said he should be fine by training camp.

Lawrence does not turn 27 until April, fitting into the Cowboys’ long-held desire to keep their young players, such as what they have done recently with offensive linemen Tyron Smith, Travis Frederick and Zack Martin.

With Lawrence tagged and the sides having three months to work out a long-term deal, the Cowboys can turn their attention to Cole Beasley and their other remaining unrestricted free agents. They also would like to get deals done for wide receiver Amari Cooper, quarterback Dak Prescott and potentially running back Ezekiel Elliott and cornerback Byron Jones.