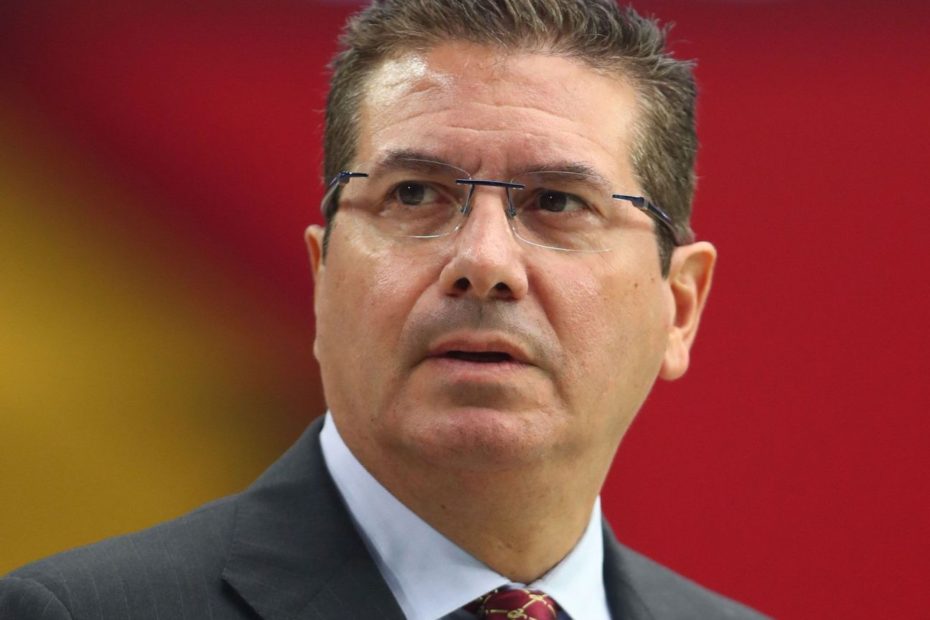 The House Oversight Committee chairwoman implored Washington Commanders owner Dan Snyder to reconsider his decision not to testify at a hearing next week, also saying Snyder’s reasons for rejecting their invitation were based on inaccuracies.

Congress started investigating Snyder in October, approximately four months after the NFL concluded its own investigation. The league fined Washington $10 million. Congress, though, opened its investigation after complaints about a lack of transparency by the NFL into what was learned. Attorney Beth Wilkinson delivered her report orally, leading to the initial fine.

During a round table session in February, former employee Tiffani Johnston alleged Snyder placed his hand on her leg under the table at a business dinner and that he tried to force her into his limousine.

On Wednesday, Seymour sent a five-page letter to the Committee explaining why Snyder would not testify.

Seymour said Snyder would be out of the country on a long-planned business trip. She also said Snyder had asked to receive documents beforehand.

But Maloney wrote that Seymour’s letter contained a “number of inaccurate assertions and demands but do not include any valid reason for Mr. Snyder’s refusal to appear.”

Maloney said the Committee offered to accommodate Snyder’s plans to attend an awards ceremony in France by permitting him to appear remotely.

“Mr. Snyder has not identified any scheduling challenges that would prevent him from testifying before the Committee while out of the country,” Maloney wrote.

She said that Snyder did not say he couldn’t return before the hearing, if he preferred to testify in person. Maloney also said they gave him three weeks notice which, the letter stated, exceeds their usual timeframe.

“Any suggestion that the Committee has treated Mr. Snyder unfairly is unfounded, especially given that NFL Commissioner Roger Goodell has agreed to testify voluntarily at the same hearing,” Maloney said.

She wrote that Snyder’s demands went beyond what the Committee has done in the past. For example, she said, their request to know the identity of other witnesses that have testified about the team and/or Snyder – and whether those witnesses have made allegations about the team or Snyder. They also wanted to know the substance of those allegations.

Maloney said if Snyder agreed to testify, they’d be willing to provide copies of the team’s documents produced by the NFL that the Committee expects to use during the hearing. She also said they would accommodate Snyder’s request to receive copies of documents that Committee members intend to use in their questioning. Maloney said the Committee was under no obligation to provide those documents, but they would do so if Snyder agreed to testify.

Maloney’s letter stated that Seymour was incorrect in saying any alleged misconduct occurred “more than a decade in the past.” Maloney pointed to testimony from a former employee who said she was sexually harassed in 2019.

Maloney also said Snyder could testify despite other ongoing investigations, which was another reason for Snyder’s hesitation to testify, according to his attorney’s letter. The NFL opened another investigation after Johnston’s allegations. Also, the attorney generals in Virginia and Washington, D.C. are looking into allegations of financial improprieties. The team rejected those claims, laying out their case in a 105-page letter with signed affidavits delivered to the Federal Trade Commission.

Maloney said by not testifying, Snyder refuses to “accept accountability for his actions for the culture he has fostered within his team.”

She said Snyder’s refusal to testify was inconsistent with his repeated commitments to cooperate with the Committee. She said it would “cast doubt on your assertion that the Commanders are now a model of how to make extraordinary improvements in workplace culture.”

Earlier in the day, Maloney introduced two pieces of legislation based off Congress’ investigation into the Commanders. The first bill, called the Accountability for Workplace Misconduct Act, focuses on what she termed the abuse of non-disclosure agreements.

The other bill, called the Professional Images Protection Act, stems from allegations that videos were made for Snyder, featuring footage of Washington’s cheerleaders’ naked body parts while they were on location during a photo shoot. According to the bill, it would provide employees a say in how and when their images are used for business purposes.