‘He’s a huge X factor’: Valeri Nichushkin is peaking at just the right time for the Avalanche 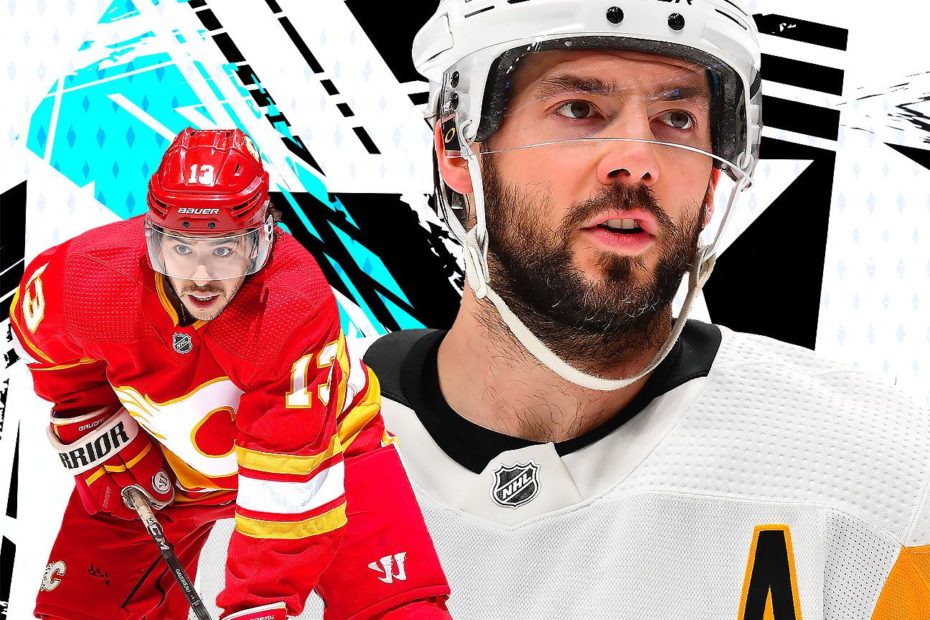 Valeri Nichushkin was dominant on the ice.

To the uninitiated, Nichushkin’s terrific all-around performance in Colorado’s 4-3 overtime victory in Game 1 against the Tampa Bay Lightning — including a goal and a key assist on Andre Burakovsky‘s game-winner — might have been surprising. He’s easily the least heralded top-line skater in this series, hidden in the shadow of Nathan MacKinnon and Gabriel Landeskog.

Not anymore. Consider Wednesday’s game a coming-out party for Nichushkin, who has many fans in the Avs dressing room, and whose value continues to climb.

“He’s a huge X factor,” coach Jared Bednar said of Nichushkin after Game 1. “He’s had an incredible season so far. He’s been a difference-maker almost every night for us. His ability to check, and check pucks back to keep us playing offense, you saw it on display tonight. He had some real good scoring chances for himself, and obviously a big play at the net to set up [Burakovsky]. He’s been playing [well] with MacKinnon and Landeskog on that line.”

Colorado knew its depth would be tested when Nazem Kadri was sidelined indefinitely by a broken thumb suffered in Game 3 of the Western Conference finals against the Edmonton Oilers. The Avalanche vowed they’d fill Kadri’s void by committee. Nichushkin’s been that committee’s chair.

After Kadri’s exit, Nichushkin was elevated to Colorado’s top line and scored twice in the Avalanche’s come-from-behind victory in that contest. He’s been primarily in that lineup spot ever since, to increasingly strong returns.

Colorado could expect Nichushkin to perform there. The 27-year-old had a career-invigorating regular season, with 25 goals and 52 points in 62 games. Those were his highest totals in almost a decade. On a stacked Avalanche team, no one really noticed.

On the outside, at least.

“It’s a long list of things for me,” Bednar said of what makes Nichushkin special. “He’s such a good all-around player, with or without the puck, that it’s hard to describe what he brings. … It’s hard to play against when you’re committed the way Val is. And then he has the ability to play with high-end talent, make plays and finish things off. He’s just a lot to handle.”

That’s been true throughout the playoffs, where Nichushkin has come up with six goals and 11 points in 15 games while averaging nearly 20 minutes of ice time per game.

“Val is a huge part of our team and of our offensive game and our checking game and helps out in all areas,” Landeskog added. “He’s been huge and he just continues to get better and better and he’s a big, important piece for us.”

Flying under the radar until now has suited Nichushkin. But unlike those who’ve been sleeping on him, Nichushkin is wide awake to the opportunity at hand.

“It’s amazing,” Nichushkin said of playing with MacKinnon and Landeskog. “But you have to prove it every game. You cannot be sleepy. I really like it.”

The idea Nichushkin could become a top-end contributor once felt like a pipe dream. The 10th overall pick by the Dallas Stars in 2013 had been on a circuitous — and mostly unhappy — journey to the Avalanche. It even took him out of the NHL entirely.

Colorado believed in Nichushkin’s potential. Together, they brought him back to NHL prominence.

Nichushkin’s story is a riches-to-rags (and back to riches) tale.

The Stars selected him as a standout KHL player who impressively debuted in that league with his hometown Chelyabinsk Traktor at just 17 years old. That same season he was a force for Russia at the IIHF World Junior championships, turning North American heads when he scored the overtime winner against Canada to earn Russia a bronze medal.

All Nichushkin had to do was translate that game to the NHL.

He came out with a solid rookie season in 2013-14, producing 14 goals and 34 points in 79 games. A dreaded sophomore slump would follow. Nichushkin dealt with hip and groin issues early in 2014-15, opting for surgery on the former that limited him to only eight games. His third season was a disappointing 29-point showing.

When Nichushkin’s entry-level deal expired in 2016, he was displeased enough in Dallas to sign a contract with CSKA Moscow and go back to the KHL for two seasons. The Stars lured him stateside again on a two-year, $5.9 million contract in July 2018. Nichushkin never lived up to the investment.

The Dallas do-over lasted one season. When Nichushkin failed to score a goal in 57 games through their 2018-19 campaign, the Stars placed him on unconditional waivers and bought out the remainder of his deal.

Nichushkin was looking for another shot. The Avalanche took a flyer.

Colorado inked Nichushkin to a one-year, $850,000 contract in August 2019, making a low-risk commitment that could potentially pay off.

Spoiler alert: It did.

“We brought him in, and his confidence was down,” Bednar said. “It’s built up over the years and he’s [become] such a huge part of our team. The things he does don’t go unnoticed in our locker room and with all the other guys. They know the role he can play in our success.”

Nichushkin always had the skill. What he needed was patience, and the right environment to thrive in. Colorado provided both.

“It’s the system that we play, and what we sort of demand of our players on the defensive side of it [that’s] a huge strength of Val’s,” Bednar said. “He’s a big, long, strong guy that can skate and fits our mold. The battles, the races that he can win, it fits his style.”

The Colorado Avalanche and Tampa Bay Lightning are facing off in the Stanley Cup Final. You can watch all seven games on ABC, ESPN+ and in the ESPN App.

The winger re-tooled his game slowly with the Avalanche, collecting 23 goals and 48 points in 120 games from 2019-21. Nichushkin was fine. He was solid.

This season, he graduated to stellar. Even Bednar didn’t see that coming.

“I’m a little bit surprised at where he’s gotten with his game,” Bednar admitted. “And on the other hand, there’s a lot of reasons why it’s not surprising for me. He’s found his place here. He started on our third line, went to our second, now he plays on our first. He’s earned every step of that. He’s highly dedicated, highly motivated, and he puts in a lot of work and he’s one of our hardest-working guys.”

That starts for Nichushkin in the gym. Bednar is regularly among the last people to leave Colorado’s facilities after cutting video or doing game preparation. But Nichushkin’s discipline often leaves him alone to turn out the lights.

“I’ll be walking out of the room and I’ll see Val walk out of the room; he’s just getting done lifting,” Bednar said. “That’s the type of guy he is. And then even in the morning, he’s already here. He’s not injured, he doesn’t need treatment, but he’s here. He’s going to put some work in. When you watch him work on a daily basis, it’s not that surprising he’s taken off where he is.”

Bednar compares Nichushkin to MacKinnon in their meticulousness and hunger to improve. Nichushkin’s teammates are used to seeing (and discussing) MacKinnon’s level of focus; now they can put Nichushkin in the same category, too.

“Val is just such a driven player,” defenseman Devon Toews said. “He works so hard off the ice to prepare himself. In the playoffs, he’s such a strong, big body and he plays the game so hard. For a big guy who skates so well, it’s kind of a lost art. You don’t see it that often: a guy with his size, with his ability to move and protect pucks, and he’s finding himself in great scoring areas and playing really well for us.”

Colorado is expecting this Cup Final to be a grind. Bednar acknowledged on Friday that the Avalanche still haven’t seen Tampa Bay’s best game.

The same could be said of Nichushkin. Suddenly his ceiling feels menacingly high. That would go a long way considering Kadri’s status remains up in the air. The injured center has resumed skating with a stick, but there’s no word on availability moving forward.

Which means Nichushkin should remain, vitally, in Colorado’s top six.

After a long road, it’s where he belongs.

“Val is a horse,” J.T. Compher said. “He defends so well. He skates so well. He’s physical. He uses his body. He’s skilled. He’s got a real nice shot. He’s done a great job of giving us options throughout our lineup. He plays the right way every night. He’s hard to play against. He’s been a very important player for us all year, especially in the postseason.”