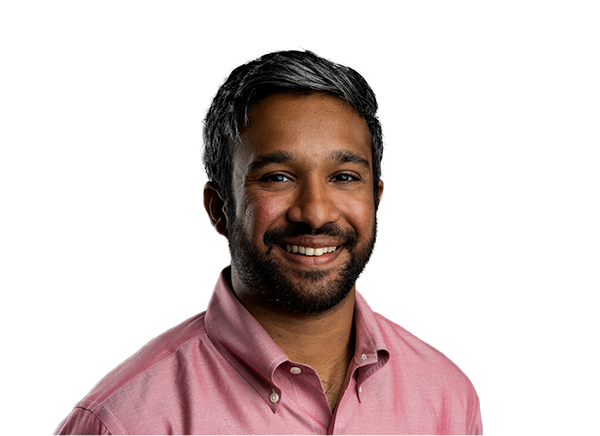 Terence Crawford defends his WBO welterweight title against Shawn Porter on Saturday in the main event of a Top Rank on ESPN+ PPV card at Michelob ULTRA Arena at Mandalay Bay in Las Vegas (9 p.m. ET).

Crawford (37-0, 28 KOs), 34, of Omaha, Nebraska, won the belt by stopping Jeff Horn in 2018. In his most recent fight in November 2020, he defended the title in a fourth-round TKO victory over Kell Brook, his fourth consecutive defense. But Porter is considered the toughest test of Crawford’s career so far, and Crawford understand the challenge.

“I respect everything that Shawn does. Shawn is athletic, he can box, he can bang, he can move around in the ring, he can cut corners and take angles,” Crawford said on Wednesday’s news conference. “I’m not going to sit here and say that I don’t respect anything that he does. I’m just going to say that I do a lot of things better than Shawn.”

Top Rank Boxing is on ESPN and ESPN+. Subscribe to ESPN+ to get exclusive boxing events, weigh-ins and more.

Porter (31-3-1, 17 KOs), 34, of Akron, Ohio is a two-time welterweight champion who has victories over Devon Alexander, Paulie Malignaggi, Adrien Broner and Danny Garcia, among others. He lost close fights challenging for titles against Errol Spence Jr. and Keith Thurman, and aside from being the underdog against Crawford, Porter is confident he can leave the ring with a victory.

“He is a dominant fighter. Everyone he gets in the ring with, he dominates,” Porter said in a recent news conference. “I want to be the one fighter that he can’t dominate. Everything that is required to beat Terence, I got it. It’s time to take on this challenge.”

Mike Coppinger and Ben Baby are on site to bring you live results and analysis.

Janibek Alimkhanuly’s win over Hassan N’Dam might have raised more questions than answers surrounding the big middleweight prospect out of Kazakhstan.

Yes, Alinkhanuly cruised in an eighth-round TKO win over the veteran, and yes, he was never in any risk of losing. However, for someone highly touted such as Alimkhanuly (11-0, 7 KOs), it wasn’t an ideal performance.

Early in the fight, N’Dam (38-6, 21 KOs) circled Alimkhanuly as he felt out his power. A third-round knockdown appeared to be the byproduct of a punch that short-circuited N’Dam’s equilibrium.

But as the fight progressed, N’Dam stopped moving and was willing to stand in front of Alimkhanuly and trade punches, a sign that he wasn’t as fearful of his opponent’s power anymore. This is the same N’Dam that was knocked down three times by Callum Smith in a third-round TKO loss in 2019 and was sent down four times by David Lemieux in 2015.

Referee Kenny Bayless ultimately waved the bout off in the eighth round despite N’Dam not being seriously hurt. In the end, it was probably the right call. But even in the victory, Alimkhanuly showed that several aspects of his game can improve before he chases significant bouts later in his career.

Against sturdy veteran Elias Araujo, Muratalla used a surge of momentum in the fifth round to score a TKO victory. The stoppage from referee Allan Huggins was unexpected and was not received well by either the fighters or the crowd, as Araujo was still throwing punches and hadn’t gone down. Araujo threw his arms up in the air and stalked across the ring in protest while those in attendance vociferously booed the bout’s finish.

But Muratalla (13-0, 11 KOs) did land some thunderous punches in that fifth round. A big left hook to the Argentinian’s body sparked a flow of punches that landed clean. Araujo (21-4, 8 KOs) suffered a big gash over his left eye and a second cut under the same eye — cuts that came from punches and were the source of steady bleeding.

Prior to Saturday night, Araujo had never been stopped in his previous three losses. As ring announcer Jimmy Lennon Jr. read the decision and boos drowned out his voice, Araujo wept in the corner, still distressed about how the night ended.

In the buildup to Saturday night, the featherweight bout between Isaac Dogboe and Christopher Diaz was billed as the best fight on the Crawford-Porter undercard.

It lived up to the hype. In an action fight, Dogboe squeaked out a majority decision win, 97-93, 96-94, 95-95. Diaz was motionless as the scorecards were read and the crowd inside the Michelob ULTRA Arena had a mixed reaction to the decision.

Judge Tim Cheatham, who had the key 96-94 card, had Dogboe winning five of the final six rounds.

Dogboe (23-2, 15 KOs) showed why he was a former junior featherweight champion. The Ghanaian pressed the action in the second half of the fight and pressed Diaz (26-4, 16 KOs), who hails from Barranquitas, Puerto Rico. Between the fifth and the eighth rounds, Dogboe landed more than 50% of his power punches, according to CompuBox.

After the final bell, Diaz jumped on the ropes and celebrated, believing he won the fight. After the decision was read, Diaz walked past the ESPN TV crew and expressed his dismay with the decision. He ultimately blamed the loss on questionable judging.

Lopez-Ochoa ends in no-decision after accidental clash of heads

An accidental clash of heads left Ochoa with a nasty gash over his right eye and resulted in a no-decision in the featherweight bout. The ringside doctor stopped the fight after the second round.

“I landed some good shots and was busting him up,” Lopez said after the fight. “He was looking for a way out.

“This is so frustrating. I want to get back in the ring as soon as possible. I’m still ready to take on anybody in the featherweight division.”

Lopez (15-3, 6 KOs), of Glendale, California, and Ochoa (12-2, 5 KOs), from Long Beach, California, were exchanging hard shots on the inside when their heads collided. Lopez was coming on strong toward the end of the second round but didn’t receive the chance to follow up. He was fighting for the first time since a majority-decision loss to Isaac Dogboe. Ochoa scored a first-round knockout in his previous outing.

Balderas overwhelms, stops Cortez in Round 4

Balderas landed a flurry of punches on the overmatched Julio Cortez to pick up a fourth-round TKO win. Balderas (11-1, 10 KOs) stung the Ecuadorian with a right hook that opened the window for the stoppage. The prospect out of Santa Maria, California, zipped a left uppercut through Cortez’s guard and whipped a right hand over the top that forced referee Raul Caiz Jr. to stop the fight.

The mismatch was apparent from the first round when Balderas hit Cortez (15-4, 11 KOs) with a right hand that knocked out Cortez’s mouthpiece. Cortez was seriously hurt in the third round as Caiz hovered over the action but let Cortez make it to the bell. One judge scored the round 10-8 for Balderas.

Balderas, a 2016 U.S. Olympian, picked up his second stoppage win in as many fights after he suffered a TKO loss against Juan Rene Tellez in December 2019.

Tiger Johnson dazzled in his pro debut and poured it on late for a big first victory. The welterweight prospect unleashed some big right hands to stop Antonius Grable in the first fight of Saturday’s Terence Crawford-Shawn Porter undercard.

Johnson, who fights out of Cleveland, forced a stoppage at the 1:54 mark of the fourth round. Earlier in the round, Johnson scored a knockdown when a right hand popped the fighter out of Sarasota, Florida, and Grable’s gloves touched the canvas. Grable (3-2-1, 3 KOs) was hurt again seconds later and the referee jumped in to stop the fight.

After the stoppage, Tiger went over to the ESPN broadcast crew and leaned over the ropes with a message for announcer Timothy Bradley Jr.: “I’m here.”