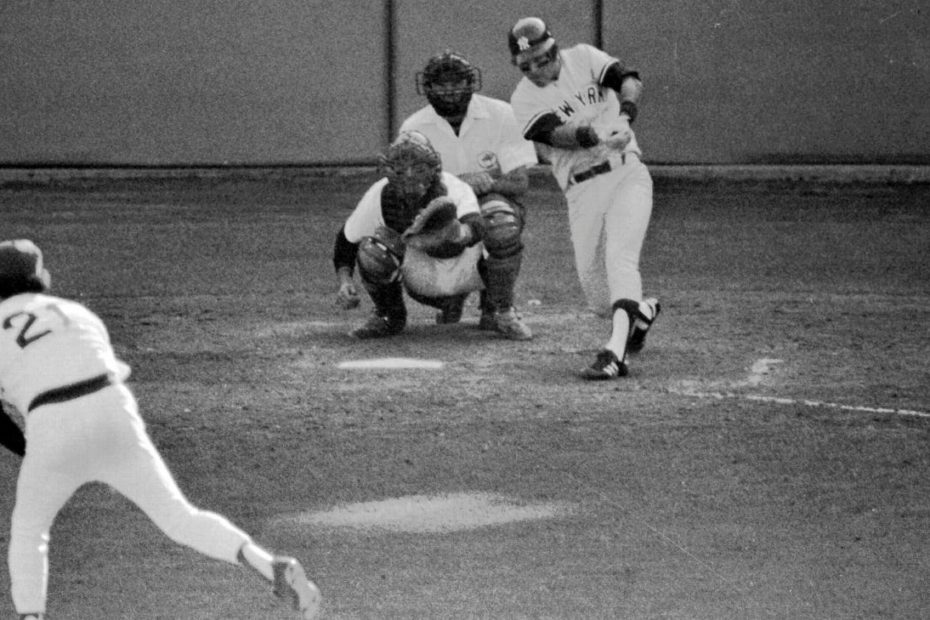 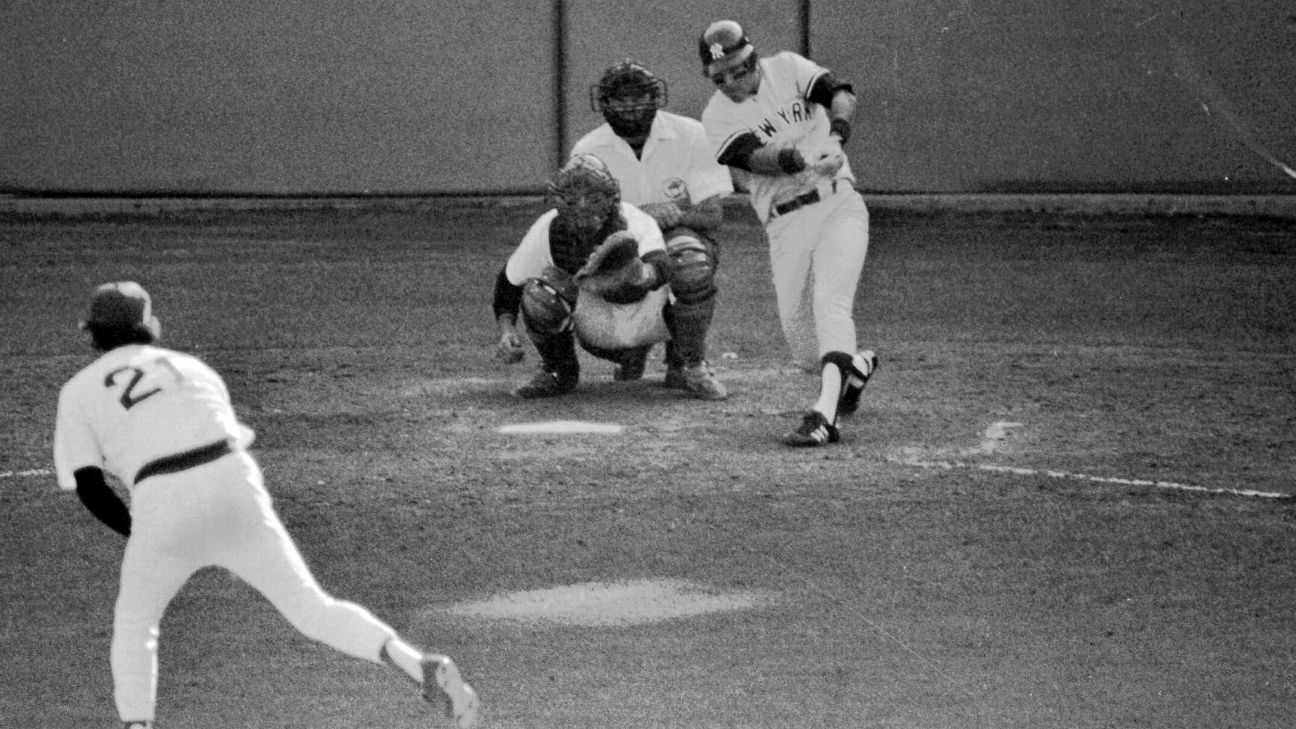 Another chapter is about to be written in the history of baseball’s most famous rivalry. With the Boston Red Sox and the New York Yankees meeting Tuesday at Fenway Park in the 2021 American League Wild Card Game (8 p.m. ET on ESPN), it got us thinking of some of our own favorite Red Sox-Yankees memories — whether it’s a behind-the-scenes story or just moments that struck us as sports fans, changing us forever. Here are just a few.

Buster Olney: The scab is ripped off my memories, scar tissue broken, and I suppose we must talk about the ugly, awful day the Yankees and Red Sox faced off in a one-game playoff. Oct. 2, 1978. I was 14.

My family’s dairy farm is located in Randolph Center, Vermont, a map dot of 400 people and 1,000 cows, but for the record: I was not a Red Sox fan. I had read a book about Sandy Koufax when I was 8 years old, and not long after that, when I played Little League for the first time, it was for a team called the Dodgers. Naturally, the Dodgers of Steve Garvey, Davey Lopes and Dusty Baker became my team, probably to an unhealthy degree. The worst argument I ever had with my incredible, beloved, late mother was over my high school yearbook picture in my senior year, but I won out: Me in a Dodgers cap and a Lakers T-shirt, standing next to one of our Jersey cows. Really, she had hoped for better from her offspring.

Tim Kurkjian: When Aaron Boone and I were working together on Monday Night Baseball for ESPN many years ago, I did the Ice Bucket Challenge, then I challenged Boonie. He had 24 hours to get a bucket of ice water dumped on his head. We were on the road in Boston. He went to the hotel bar about noon and asked the young bartender if he would be willing to dump a bucket of ice water on his head.

“Sure I would,” the young bartender said. “I’m a Red Sox fan. You’re Aaron Boone. I hate your guts.”

Then he dumped a bucket of ice water on Boonie’s head.

The Dodgers lost the World Series in 1974, and when they finally overcame the Cincinnati Reds in 1977 and reached the World Series, Reggie Jackson destroyed them. Five homers in the World Series, three in the epic Game 6. With the last out, I wept, and became fully invested in the defeat of the hated Yankees. In 1978, the Red Sox became my surrogate in that effort, taking a massive lead in the American League East, as many as 14 games — before collapsing. The Yankees caught and passed them in September.

But the Red Sox recovered right at the end of that regular season, forcing the one-game playoff, which was set to start at 2:30 p.m. ET. Typically, the school bus typically bounced up the dirt of Crocker Road and delivered me home by 3:15, so it was possible I would miss a few innings. I asked my mom if I could skip school to watch the game. She agreed, so long as I spent the first half of the day working on the woodpile.

Howard Bryant: A favorite Sox-Yankees memory of mine: 2003, Game 7 ALCS, Yankee Stadium. Willie Randolph is hitting fungoes to the infield pregame. Willie was the Yankees’ starting second baseman in 1978, when New York came back from a 14-game deficit and beat the Red Sox in a classic one-game playoff at Fenway Park. “What do you think?” I ask him. “This Red Sox team is the real deal.”

“Yeah they are,” Willie says to me. “You know what? They might even be a little better than us … but I’ve been around here a long time, and every time we’ve needed to beat them, we have. Tonight’s not gonna be any different.”

The Sox crush Roger Clemens, knocking him out early. They’re up 4-0. They’re up 5-2. They’ve got Pedro Martinez on the mound. It’s finally happening. The Yankees win in 11 on the Aaron Boone home run.

Way late into the night, the Sox bus departs, and George Steinbrenner, wearing dark sunglasses, serenades it and says, “We win again!”

A little earlier, a tearful Theo Epstein had said, “They won. Good for them. We’re gonna win it next year.” The facial reaction from everyone listening was identical: Yeah right.

In the bottom of the second inning, Carl Yastrzemski ripped a home run to right field, near the Pesky Pole. It was apparent that Yankees starter Ron Guidry — so dominant that year — was just not the same, maybe a little tired. But only a minute or two after Yaz returned to the happy Red Sox dugout, I heard a frantic, insistent shout from Ed, my stepfather.

“Buster!” he yelled from the barn, “The cows are out!”

Our herd of milkers, about 30, had traversed a fence in the northeast corner of our 108-acre property, heading over a hill and into a neighbor’s pasture. We had a cow, Debbie — who had a spike of a tail, after her mother mistook it for the umbilical cord at birth — with an especially thick hide that turned her into a fence-busting mutant.

There was no debate, no discussion over what had to happen next: I would need to go and get the cows, using a bucket of grain to entice them back onto our property. But I didn’t know if this would take me an inning or five innings or the rest of the game. With angry tears, I raced up a cow path toward the top of the hill, raging at the unfairness of life, cursing Debbie, cursing Debbie’s mother for turning Debbie into a monstrous fence-buster constantly in search of greener grass, and, of course, cursing the Yankees.

Joon Lee: As a kid growing up in Boston during the 2000s, I remember feeling a mixture of sadness and emptiness after Aaron Boone’s home run in 2003. But I couldn’t wait to see what happened to the Red Sox next. Sure enough, they beat the Yankees in 2004 and I watched them win the World Series on a small television in my family’s kitchen. On the day of the parade, school was canceled across the city so we could watch the team float by on duck boats.

Without the heartbreak of ’03 and the jubilation of ’04, I’m not sure I’d be sitting at my computer today, typing these words ahead of covering the 2021 AL Wild Card Game between the two teams that sparked my passion for sports.

The cow retrieval took less than an hour, however, and I was back watching the game in the sixth inning, just in time to see Boston add a run and take a 2-0 lead. But in the top of the seventh inning, Bucky Dent was immortalized, his hands choked up on the bat he had borrowed from Mickey Rivers. Dent lifted the ball toward left, and staring up at the lazy fly, Yastrzemski folded his body in disbelief when he saw the ball drop into the net that was draped at the top of the Green Monster in those days.

You could hear the joyous shouts of the Yankees’ players over the stunned silence of a six-state fan base. And so was born the New England refrain, “Bucky F—ing Dent.”

In the eighth inning, Reggie Jackson — yes, him again — blasted a home run. The Red Sox trailed 5-4 going to the bottom of the ninth, which would be filled with moments that, in those days, seemed to distinguish the two franchises. When Jerry Remy slashed a single to right field with a runner at first, Yankees right fielder Lou Piniella — briefly blinded by the late-afternoon, early-fall sun — flashed his gloved hand out and snagged the ball on a bounce. (Luck? Smarts? Both?) Boston’s Rick Burleson slammed on the brakes as he rounded second base, classic conservatism for a Red Sox team that relied on the home run. And Burleson would be stranded at third when Yaz popped out to third to end the game.

Matt Marrone: I was born in the Bronx, so being a Yankees fan is in my blood. But I was atypical in some ways: I used a Jim Rice model glove in Little League, loved going to Fenway Park, and was a huge Wade Boggs fan. And so, when Chicken Man left Boston and signed with the Yankees as a free agent, I was ecstatic. Not only did my favorite team just add another former Red Sox star — a grand tradition that started with, well, you know who — it was also a guy I’d rooted for even as a rival player.

Flash forward four years, and I’m standing with my dad in the loge section at the old Yankee Stadium, shouting at the top of my lungs. I’m a freshman in college and I’ve just seen my team win the World Series live for the first time. And there was Wade Boggs, riding a police horse around the ballpark! The Stadium was shaking. Eventually, Boggs hopped off the horse, stood on home plate and gave the crowd a salute with his Yankees cap. I was thrilled for the future Hall of Famer — and even happier he wasn’t in Boston anymore.

I remember going through my barn chores silently that evening, fearing what seemed inevitable. Having survived the playoff game with the Red Sox, the Yankees went on to beat the Kansas City Royals in the American League Championship Series, and then they faced the Dodgers in the World Series, for the second straight year.

The Dodgers won the first two games of the 1978 World Series — Game 2 ended with Bob Welch blowing a fastball past Reggie Jackson — and I doubled my bets with Donnie Russell and the other Yankees fans at Randolph Union High School. But the Yankees would come back, with Reggie playing a pivotal role: He stuck his hip in the way of a throw and should’ve been called for interference, but the dumb umps botched that call. The Yankees won Games 3, 4 and 5, and in Game 6, Reggie clubbed a coup de grace home run off Welch, bouncing around the bases, and I cried bitterly. Reggie and the Yankees made me cry a lot. In 1998, The New York Times assigned me to be the beat writer covering the Yankees. A decade before, the avid Dodgers fan in me disappeared quickly after I started covering professional baseball, a swift transition that surprised me. After that, I rooted for good stories, and for good stuff to happen to good people.

In that first spring training working in the Yankees’ camp, I saw Reggie standing by a batting cage and walked over and struck up a conversation — probably about their young shortstop, Derek Jeter. All very professional. As Reggie and I talked, however, there was a livestream of thoughts passing through a corner of my brain. I cannot believe I am talking with Reggie Jackson. I cannot believe how much this man tortured my teenage years. Oh my god, I used to despise him.

Reggie was great, genial, chatting away about the sport he loved. The sport we love. Even when it breaks our hearts.