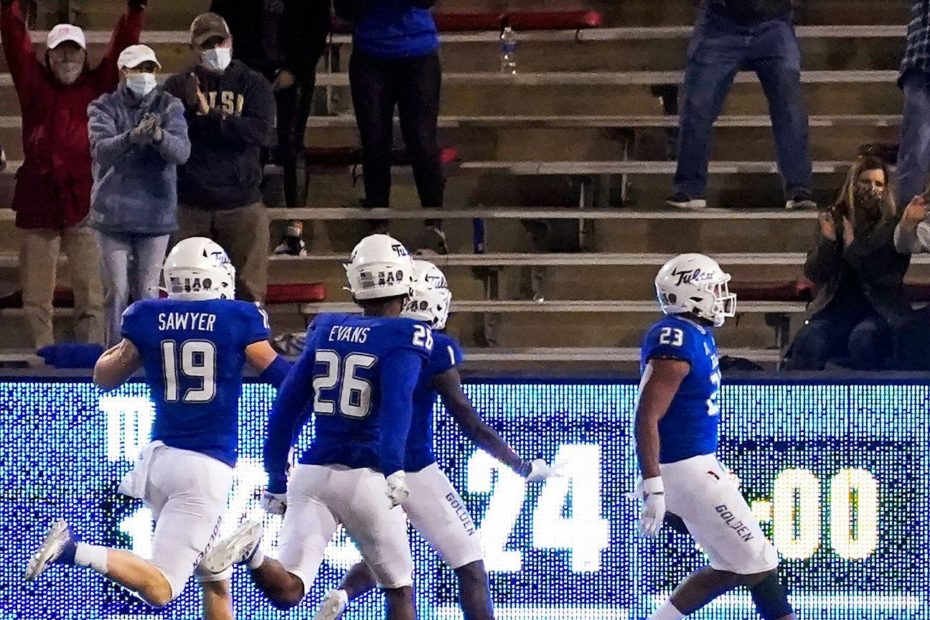 Florida State and Clemson will not play Saturday after the teams’ medical personnel could not mutually agree on moving forward with the game, the ACC said in a statement.

The teams were supposed to play at noon in Tallahassee, Florida.

Multiple sources told ESPN that a Clemson player tested positive for COVID-19 on Friday after practicing with the Tigers during the week. That led Florida State to say it was not comfortable playing Saturday’s game, the source said.

“We are disappointed that we will not be able to play today’s game against Florida State,” tweeted Clemson AD Dan Radakovich. “Clemson has followed all of the ACC’s protocol in preparation for this game. We look ahead to returning to action next week against Pitt for Senior Day and Military Appreciation Day.”

In a statement, the league said both teams continue to adhere to the minimum outlined protocols within the ACC Medical Advisory Group report.

“Our first priority is the health of our student-athletes, and I appreciate the protocols that have been put in place by FSU and the ACC to ensure everyone’s health while allowing us to play this season,” Florida State coach Mike Norvell said in a statement. “It’s unfortunate that we will not have the opportunity to compete today, but we hope to be able to play Clemson in December. I am thankful for the support and coordination between our administration, Clemson and the ACC office. Our team will now turn our focus to hosting Virginia next week.”

ACC protocols state teams must be tested the day before competition, so both Florida State and Clemson got tested Friday per conference rules. Those tests are done by an independent third party, and results are received either the same day or early the following day. Once those tests are received, both schools get on a call with the ACC to sign off on whether they feel comfortable proceeding with the game. This is standard before any ACC game can be played.

Multiple sources said Clemson was tested before leaving for Tallahassee and did not get the positive test back until late Friday night, meaning the team had traveled to Tallahassee with a positive player. That player, an offensive lineman, was immediately isolated and Clemson arranged for him to travel back to Clemson separately. Clemson then informed Florida State of the positive test.

On Saturday morning, both schools got on a call with an ACC representative to sign off on whether they felt comfortable proceeding with the game. This is standard before any ACC game can be played. Multiple sources said Clemson felt comfortable it had followed all safety protocols and wanted to move ahead and play the game. In addition to following as many distance rules as possible during practice and meetings, Clemson traveled to Florida State wearing N95 face masks and face shields. Clemson also pointed out there is no evidence of coronavirus spread or transmission during games. In addition, one source said Clemson offered to get rapid testing on Saturday and move the game to Saturday night, but Florida State did not accept.

Multiple sources indicated that Florida State’s medical advisers felt there was risk involved in playing the game because the positive player traveled with the team, and raised concerns about possible Clemson team spread. Florida State wanted to side with caution and could not sign off on playing. Because of the difference in medical opinion, Florida State (2-6) and No. 4 Clemson (7-1) could not agree to move forward with the game. The league does not play a role in the decision-making process because it wants that choice to be made by both schools.

Clemson players made the trip to Tallahassee fully intent on playing the game, but found out over breakfast that they would not be able to play. There is no indication yet whether the game will be rescheduled for December, and that might be determined on whether Clemson needs to play in order to get into the ACC championship game.

Man, we were ready to play.

The ACC also announced a number of schedule changes on Saturday.

The Wake Forest at Duke game will not be rescheduled. Wake Forest has now been approved to play a nonconference game Nov. 28.