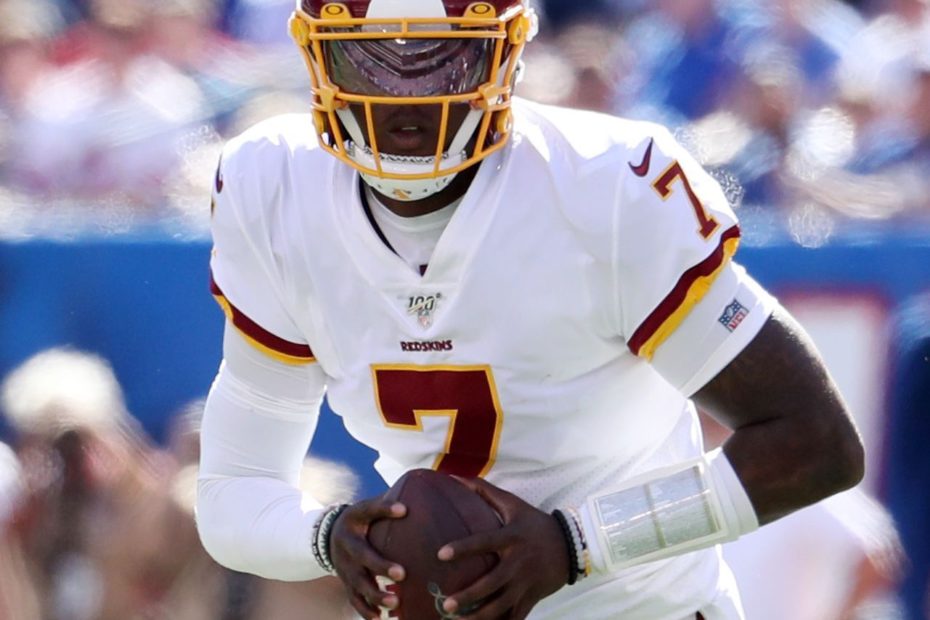 ASHBURN, Va. — Former Washington Redskins coach Jay Gruden sensed trouble for a couple of weeks. When he received a text late Sunday night asking him to come in early the next morning, he knew his job was in jeopardy.

“I thought it might happen last week after the Giants game,” Gruden said, “based on reports, and they never said, ‘You’re not getting fired,’ so I assumed I was. I had a good staff there, and hopefully they can make it work in the last 11 games and stick around. It’s a good group.”

Gruden lasted five-plus seasons — longer under owner Dan Snyder than any other coach has in his two decades of ownership. None of the other five full-time coaches hired by Snyder made it five years.

Over the past year, there were reports of Gruden’s frustration with some personnel moves, whether in the draft or free agency.

“I have mixed emotions about it,” Gruden said. “At the end of the day, if you’re not the GM, you have to accept the fact that you don’t get everything you want. You accept the players given to you. I had input in some areas, but there are some major issues there. It’s that way with most coaches. You don’t have that total say. It’s something you have to overcome and work with the guys you have.”

There were also multiple reports about Gruden’s preference for another player in the draft at pick No. 15, rather than quarterback Dwayne Haskins. Gruden wasn’t alone on the Redskins’ football side in thinking that it would take Haskins a while to get ready to start in the NFL, which is why Callahan said Monday that Haskins will remain on the bench for the time being.

On Friday, Gruden told ESPN, “If you haven’t done it, there’s a lot on your plate. Until he gets really comfortable, it’s for his own good. If I didn’t like him, I’d put him out there right now. I do like him. I think the world of him. He’s going to be a great quarterback one day. Time is really important for him.”

“I can’t remember the last time all my guys played. It’s hard,” Gruden said. “The majority of our payroll, we paid a lot of money and never had guys on the field. I don’t know if many other teams can say that with so many. Some teams lose a quarterback or a tackle. We lost a quarterback, a tackle, guard, center, wide receiver or running back. That’s not easy to overcome. But we still should have been better on defense and perform better in certain areas. When you’re 0-5, 0-5 coaches don’t last very long.”

Gruden, who spoke by phone Monday evening after landing in Florida, said he isn’t sure what his future holds. He’ll likely sit out the rest of the season, knowing the Redskins owe him money through the 2020 season. He was getting paid $5 million per year. Gruden said he’ll look at head-coaching jobs after this season. If none materializes, he could end up as an offensive coordinator somewhere.

“It was a great opportunity to be a head coach of the Redskins,” Gruden said. “I loved every minute of it. At the end of the day, we didn’t get the results we wanted. It was very frustrating with the amount of injuries we had the last three years, but you can’t use that as an excuse. You have to get ready to play, and I didn’t do a good job of that, and our record shows that in the last 11, 12 games. We weren’t able to overcome it.”

Meanwhile, former Redskins offensive coordinator Sean McVay said he exchanged texts with Gruden on Monday and called it a “tough situation” for a close friend. McVay worked with the Florida Tuskers of the UFL in 2009 and with the Redskins from 2014 to ’16.

“When I was his coordinator, in a lot of ways, he kind of groomed me and brought me along to where you kind of learn some of the things about how you’re setting up a game plan,” McVay said. “He protected me from a lot of the things.”

When asked if he’d consider adding Gruden to his staff, McVay said, “He’ll have a lot of options. Those are things that I think we’ll, I’m sure, discuss at some point, but right now it’s more about just reaching out to a buddy and seeing how he’s doing.”