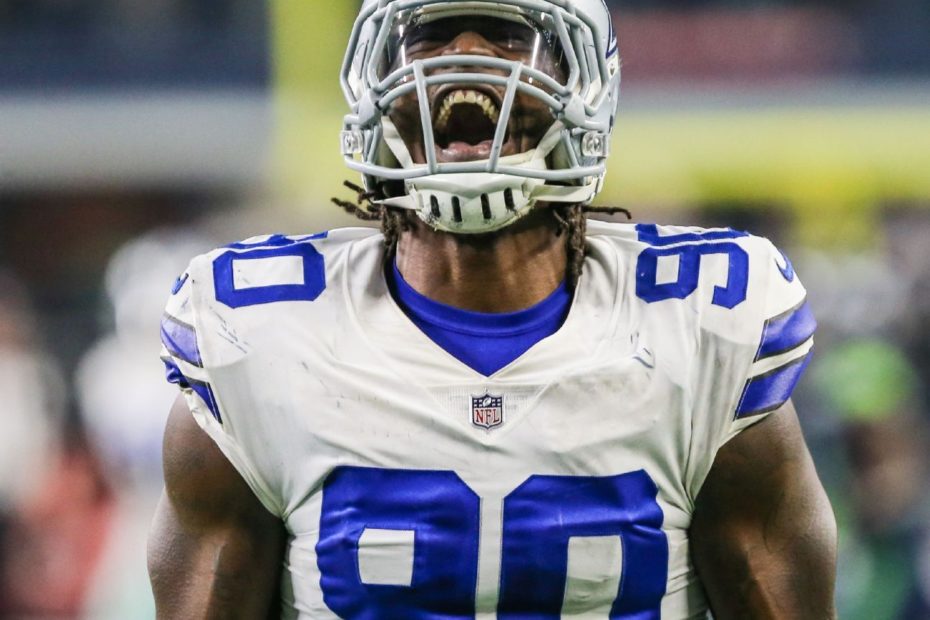 The Dallas Cowboys have agreed to a five-year, $105 million deal with defensive end DeMarcus Lawrence, with $65 million guaranteed, a source told ESPN.

The Cowboys placed the franchise tag on Lawrence before free agency started, which would have guaranteed him $20.5 million, but the idea was to use it as a placeholder for a contract that would make him among the highest paid pass-rushers and a Cowboy for the foreseeable future.

According to sources, a key breakthrough on the negotiations came Thursday, when Cowboys executive vice president Stephen Jones and Lawrence talked on the phone directly. The result was a five-year deal that will pay Lawrence $31.1 million in the first year, with a $25 million signing bonus, a source told ESPN.

Among current contracts, Lawrence’s $65 million in guaranteed money is the fourth highest given to a defensive player, trailing that of Khalil Mack, Aaron Donald and Von Miller.

Most Guaranteed Money to Defensive Players

Without the long-term deal, a source said Lawrence would not have taken part in the offseason program, organized team activities, minicamp and training camp and might have skipped regular-season games.

Next up for Lawrence will be shoulder surgery that will keep him out until training camp. He played last season with a torn labrum.

Lawrence played on the franchise tag worth $17.1 million in 2018, with the Cowboys hoping he could repeat his Pro Bowl-level of play from 2017, when he had 14.5 sacks.

In 2018, Lawrence finished with 10.5 sacks and 39 quarterback pressures and was named to the Pro Bowl for the second straight year. The coaches credited him with 47 tackles and 12 tackles for loss. He also had an interception, a fumble recovery and two forced fumbles while playing through the shoulder injury.

He became the first Cowboy to post back-to-back seasons of double-digit sacks since DeMarcus Ware in 2011-12. Lawrence is tied for fourth in the NFL in sacks the past two seasons, with 25.

Most Sacks Past Two Seasons

Lawrence had five of his 10.5 sacks in the first four games of the 2018 season. He closed the season with a sack in each of the final two games. Defensive coordinator Rod Marinelli considers Lawrence one of the best defensive linemen in the game because of not just his pass-rushing ability but also his willingness to play the run.

The Cowboys traded up in the second round of the 2014 draft to take Lawrence with the 34th overall pick. His rookie year was hampered by a foot injury suffered in training camp, but he had two sacks in two playoff games. In 2015, he led the Cowboys with eight sacks.

After that season, he had his first of two back surgeries and had just one sack in 2016 after missing the first four games of the season because of a suspension. The Cowboys sat him for the final three games of the regular season to get him healthier for the playoffs. The second surgery after the 2016 season corrected the disk issue, and he has not missed a game since.

Lawrence does not turn 27 until April 28, fitting into the Cowboys’ desire to keep their young players, as they have done for years, most recently with offensive linemen Tyron Smith, Travis Frederick and Zack Martin.

Cooper, Prescott and Jones are signed through 2019, and Elliott can be under contract through 2020, thanks to the fifth-year option the team will exercise later this spring.

The Cowboys’ goal has been to re-sign their players and use free agency to fill holes without overpaying. The Cowboys had talks with the agents for the four Pro Bowlers at the NFL scouting combine in Indianapolis, but the expectation was that they would get more involved after the early wave of free agency and the draft.