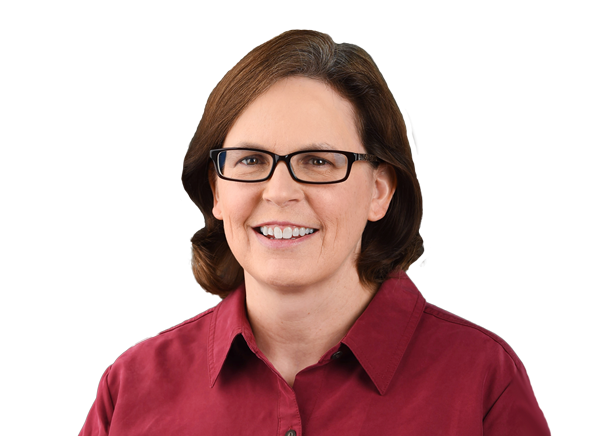 TAMPA, Fla. — The suit was blue, and that wasn’t by accident. Baylor coach Kim Mulkey doesn’t pick out her own clothes for most games, and definitely not the big ones. Her longtime staff member Jennifer Roberts does, and after all this time, she knows exactly what her boss should wear to dress for success.

Roberts picked a shade of blue with historical overtones for Mulkey’s 2019 national championship outfit. It reflected back to Mulkey’s roots as a player at Louisiana Tech, but also what she wore for her first of three championships at Baylor.

And such things do matter to Mulkey, whose program joins UConn (11) and Tennessee (eight) as women’s teams to win at least three championships in the NCAA era. History matters to her, because she has been part of so much of it, and because she and Baylor continue to make it.

After a thrilling game in which Baylor seemed to have things in control, seemed to be falling apart after a third-quarter injury to junior Lauren Cox, and then got things back together to win it all, 82-81, Mulkey reflected on the journey to get here. And specifically what the Lady Bears had to do Sunday to beat Notre Dame, the defending national champs.

“Just a great game for women’s basketball. The worst part of the game was Lauren Cox [getting hurt],” Mulkey said. “We controlled that game from the start till the time she went off the floor. We had to regroup.

“For us to win probably was a miracle in itself when you lose a player of that caliber, not only the talent she has, but she’s our leader, people. She’s our leader.”

Cox is the leader on court, but Mulkey is the leader of the program. When Baylor’s players first came into Amalie Arena a few days ago, Mulkey pointed out the blue 1982 Louisiana Tech banner that hangs in every arena in which the Women’s Final Four is held. Mulkey was the pigtailed point guard on that team that won the national championship in the first year of the NCAA era. Then Mulkey was an assistant coach when Louisiana Tech won the 1988 championship.

Mulkey took over a Baylor program in 2000 that never had any national relevance, and turned it into the beast of the Big 12. Baylor has won or tied for the Big 12 regular-season title the last nine years in a row, and is regularly in the mix for the Final Four.

Baylor won the 2005 NCAA title behind future WNBA player Sophia Young and a cast of energetic role players who clicked well together. One of them was guard Chameka Scott, an effervescent guard who never met a stranger. Mulkey wore a blue suit for that 2005 title game, too, and of course, Roberts remembered that when she saw this year’s suit and purchased it.

In 2012, then-junior Brittney Griner helped Baylor go 40-0 and put the Lady Bears back atop the women’s basketball world.

But last year was about a lot more than losses on the court. In November 2017, Mulkey lost her first grandchild before she ever got a chance to live. Mulkey talked Saturday about how she and her daughter, Makenzie Fuller, did not have had time to grieve properly after the death of Makenzie’s infant daughter, Scout Marie. Makenzie played for Mulkey and is now on her mom’s staff at Baylor.

“You’re right in the middle of the season,” Mulkey said, “so our grief was put into our work.”

Then in January 2018, Scott — who had been battling cancer for several years — died at age 33. Even the current players who had never played with Scott but knew her and her inspiring story, felt the loss.

And in February 2018, on senior night, Baylor lost point guard Kristy Wallace to a knee injury.

Maybe all that is part of why, when Cox went down with a leg injury in the third quarter Sunday, Mulkey admitted she almost wanted to cry — but composed herself and took charge of her team.

“From the time, I left (Cox) on that floor to get to that huddle, I needed to regroup,” Mulkey said. “I needed to make them understand, ‘We’re going to still win this basketball game. It will be a little bit tougher now, but we’ve got to battle.’ And we did.”

At various times over the last several years as Baylor’s seasons ended in disappointment, Mulkey tried to be philosophical. She talked about how difficult it was to make it to just one Final Four, and how there simply was no guarantee that Baylor would ever make it back.

But this year, even with Chloe Jackson, a grad student who’d never previously played point guard running the show, Mulkey seemed to have a twinkle in her eye as if she knew this, at last, would be Baylor’s year again.

Over time, nothing has changed about Mulkey’s competitiveness. But to the degree there is a softer side, it clearly comes out with her baby grandson, Kannon Fuller. Especially after losing one grandchild, Mulkey says of Kannon, “You bet I’m going to hang onto him.”

Kannon will no doubt one day see a lot of photos of his little-kid self in his grandmother’s arms in April 2019 amidst a celebration, and what he won’t remember, he will know from stories. He’ll hear about how Baylor lost one game that season and learned from it. How the Lady Bears got the No. 1 overall seed, and carried that straight through to a title. And how they did it by playing to personnel, riding on the backs of their two big women Cox and Kalani Brown all season, and when one of them went down, everybody else stood tall.

He’ll hear his grandmother’s version, and she will tell it like it was.

“Guys, that wasn’t a fluke out there,” Mulkey said. “That’s against just a very good team that played a lot of zone … I don’t think people thought we could attack a zone because we don’t shoot enough 3s.

“Well, the old school won a national championship. Whatever that means. I don’t know what ‘old school’ means, I just know how to win.”