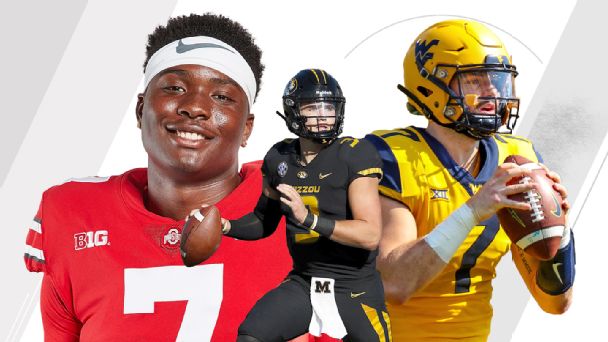 INDIANAPOLIS — Clemson defensive tackle Dexter Lawrence, one of the top defensive prospects in the draft, suffered a left leg injury in his second attempt in the 40-yard dash during Sunday workouts at the NFL’s scouting combine at Lucas Oil Stadium.

Lawrence, at 6-foot-4½ and 342 pounds, turned some heads by clocking a 5.05 time on his first 40. He suffered the injury in his second attempt and did not complete the on-field workout.

When: April 25-27
Where: Nashville, Tennessee
How to watch: ABC/ESPN/ESPN App

Lawrence’s injury is not considered serious, according to sources and multiple reports. It’s unclear, however, whether Lawrence’s participation in Clemson’s on-campus pro day, scheduled for March 14, will be impacted by the injury. Lawrence had already topped all defensive linemen invited to the combine with 36 repetitions of 225 pounds Saturday in the bench press.

He is a unique combination of size, quickness and agility. Defensive line coaches in the league have pointed to his strength at the point of attack on plays to go with his size and reach (his arm was measured at 34¾ inches).

Asked earlier at the combine whether he hoped to show he had the kind of athleticism teams wanted, Lawrence said: “Yeah, that’s just how I grew up. I always had little friends. So I wanted up with my little friends all the time, just how they ran around. They jumped the fence with no hands. That’s what I was going to do. That’s just kind of what grew on me, and being strong was just natural. I can’t do anything about that. I tried to mimic my game after that. I don’t want to be slow and big. That’s no fun for no one really. So just to show my athleticism is just what I love to do.”

Lawrence played in 40 games at Clemson, including 36 starts, as he finished his career with 20 tackles for loss and 11 sacks. He was a three-time All-Atlantic Coast Conference selection. Lawrence was suspended for Clemson’s last two games — the Cotton Bowl against Notre Dame and the national title game against Alabama — this past season after he tested positive for a banned substance (ostarine).

Lawrence said Saturday that NFL teams had asked him about the suspension and that he assured them it wouldn’t happen again.

“I mean, every time I take a drug test it’s going to be skeptical because that was just something that I know I didn’t do and something to pop up like that just really unfortunate,” Lawrence said Saturday. “Every time I pee in a cup now I’m just thinking, OK, let me pray because it’s just something stupid like that can happen.”

ESPN’s Mel Kiper Jr. has Lawrence going to the Cleveland Browns with the 17th pick in his latest Mock Draft.